Lejaa from the film JANGO

Early morning, Cofffee listening to Matt Scofield " Don't know what I do if I wasn't loving you" 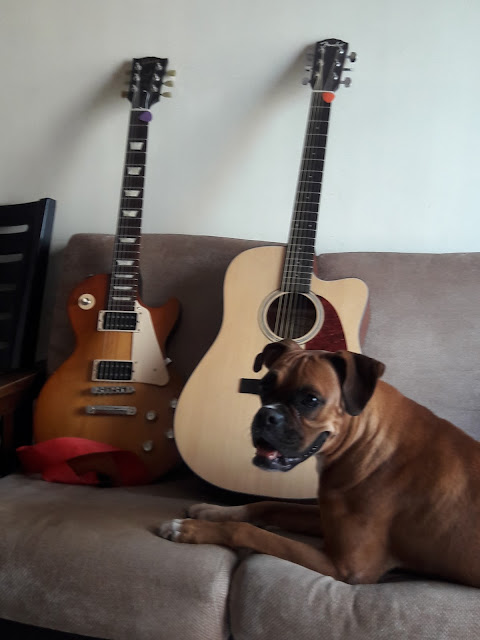 PRALAY has a band was formed in early nineties and was formerly know as GREEK, I
was then in St. Xaviers college, after watching a Rock Machine concert at rangbhavan
which blew my mind, I was inspired to have my own band. It was a start of a dream, the
seeds were planted in thoughts, words and a few chords. My brother eddie and luke took
this dream boat ahead by recording 6 original compositions and creating a buzz in the
scene where originality was condemned. I believe we were the first once to start doing
the original material stuff in a very aggressive way, because we couldn’t do covers and
believed in ourselves rather playing to the galleries….ofcource their were other bands
then doing some originals…..but with a mix of covers for the live gigs.

Bands played covers of top international acts and the crowd was happy to hear their cover
version rendition. Our USP, right from the beginning was composing our own tunes
without much knowledge in music, the songs were well appreciated after going for a
full fetched tour in the North East. Initially, Eddie and me did a 3months tour for a band
based in Imphal named POSTMARK, doing metallica covers and a few originals.
It was a great learning experience, first glimpses of rock n roll, fans chasing right into
your hotel rooms. We were very young and missed home and all we wanted to do was
get back home, we cancelled the remaining tour and got back home and found Ulysses
veyra on Drums, Brian soans - Guitars, Joy data gupta- Keyboards, Victor dsouza(
Isa)- Vocals, Luke Kenny – Vocals, this was the core of the band for years to come
wherein we lived in music. We were also the most played band in a pub in juhu know
as Razzberry Rhinoceros in 95’ I guess… Sometimes playing to 2 people in the
audience.
We were a group of friends, stood for each other, fought for each other and fought with
each other. Our then Manager Hermito was a close friend and a rock solid of a guy to
keep us going with big shows across the North East. We started having a fan following,
fans would follow from 1 city to another in NE front rows singing to our original songs.
It was a rock n roll ride of adulation. Slowly difference started creeping among band
members, fights, booze, black magic all of it was in our script, besides professionalism.
Gogi Duggal a great friend who runs a studio near wadala station let us record in his
studio for days and nights for free, In this period eddie and me kept on recording new
song after songs. Compiled it to some 60 odd original numbers….frequent fights with
eddie in the studio…..but for the songs. Suraj Jagan contributing on Vocals.
What kept us apart from other bands was, we were never part of the circuit, we were not
into who was doing what and when and where…no gossips! Just very focused on getting
on to the real thing, the International Arena. The best part of PRALAY besides the
songs is eddie and me kept our focus right on target and very aggressively marketed the
band in US, UK, Canada, Germany and other places.
We started to get good responses , companies wanted to sign us, get us a contract, tour,
festivals, radio interviews for US station, couple of our songs like YOU on number
NO 1 positions as well., But due to lack of funds it was still a dream to be real.

In this process we got signed on to a label from Chicago Sonic Wave International, our
debut album “Urban Reality” was short listed for the Grammies 2003 in the World
Music Category followed by the film PAANCH by Anurag Kashyap is Inspired by
the bands struggle. Anurag an old friend of Hermito then shared the same room at the St.
Xaviers Hostel.

A Tour in Almaty got us on Russian television TAN TV for a year. The rock n roll
dream was alive and exploding in excess in all directions in Russia….it was short and
sweet affair with the Russians. A couple of Flop shows at rang bhavan and around the
country due to over aggressive performance. drinks and lack of professionalism then
gave us a reputation of Bad boys of Rock n Roll.

The Indian releases was through C.P.Joseph’s Raga to Rock/ Crescendo Music,
followed by bad contracts and no action from promoters kept us inactive as performers.
Slowly everyone started getting into other things in life Luke Kenny in channel V, Eddie
in Studio, Ulysses in Russia, Brian in Jeddah, Joy in Mira Rd. Victor in mira rd.
In this process with eddie and brian we shot 6 music videos a collaboration with a rap
band from Austria etc.
Due to lack of Promoters, organizers, sponsors, venues, record labels this exciting
genre of music has not grown over the years, on top of it there are political parties
who deliberately stop live events with no logic or reason, as the country is divided
through extremely hypocritical society.

It’s the beginning of a new Start! The 26/11 /2009Show at Leopold café is definitely a
turning point as last year the area was in shock and grief. During the show there was a
moment of Silence for the Victims, But the joy, love and adrenaline was the hallmark of
the day!
This night will always be remembered with the magic of Music. Music does bring people
together.
at September 22, 2010 No comments:

GREEK’s FIRST NORTH EAST TOUR
Adam Avil
Eddie Avil
Victor Dsouza (Isa)
Joy Datta Gupta
Ulysses Veyra
Hermito Fernandes (Manager)
This was in 1994 if I’m right…our first gig was scheduled in Imphal capital of Manipur, organized through our friend Dhojo and the local promoters…the journey in train through the dadar/guhwati (3 days journey) in a general compartment was nightmarish…..surviving that can take you far in life…..it was complete suffocation. Over crowded boogie with dangerous silent fart bombs which would come from all nook and corner including ours would burn the hair in our nostrils.......
After reaching guhwati we were taken to our hotel rooms …while driving in the hot aftternoon, our guide showed us this big banner in the middle of the streets saying Bombay’s NO 1 Band GREEK playing in the football ground, (don’t remember the name) I thought cool, sounds good, felt proud from within.
Showtime
We were taken to the ground from the back, local band was playing, I could see the crowd in front of the big stage, the moment we went on stage I could see a sea of people in the far distance …it was the biggest crowd I’ve seen in my life……we were all puppies then….all I remember was our keyboardist joy made them very loud by screaming bad language……we started with "Break in the law" by Judas Priest and the ground was
on fire. It was a soldout show as I felt the entire city had come for the show. After a few originals we lost our power to enthrall the heated crowd. We had run out of songs for a full length concert show and didn’t have the power to face the aggressive crowd. Eddie decided to do a very slow number with Victor on stage, wherein I and the rest of the guys quietly sneaked of the stage…accepting defeat! As stones started coming on stage….it was an act to protect our heads.
Eddie and victor had to follow soon calling it curtains……organizers had to put the local band on to take care of business, but more so the angry crowd. We had to quietly sneak off from the back towards the road in our cars…..some teenagers saw us and followed us to beat us….we ran to our cars and drove off….but Imphal is a violent city in itself with the insurgences and stuff….angry crowd followed us to the hotel. We had to run
and get into our rooms. …all sacred to save ourselves. We could hear that the crowd was down and screaming "Go back to Bombay..Fuckers!". I thought they would come and break the hotel room door and beat us…..luckily that didn’t happen. I had a house visit next morning and could see the locals looking at me but were cool. The organizers made a killing business.We had to move to another town near the border of burma….the organizers took us to this shed were this painter had painted a giant picture of us…..big as movie posters which hang outside the movie theaters. Looking at the massive image of me and the boys did make me happy and back on feet. The next gig was in a packed auditorium, could see lots of pretty girls as well…..The show was killing, fans wanted autographs, our t shirts and wouldn’t leave us ……..
From then on songs like heart on fire, destiny, awakening and cyanide were sung in front rows …..Awesome!. Bombs exploded in a auditorium in guhwati….the music was flowing, fans were chasing us, bonding, brotherhood etc…….
On our way back there was a fight between joy and Ulysses on money matters, but we survived the beatings from NE crowd as we had survived the over crowded boogie.
at September 22, 2010 No comments:

Lejaa from the film JANGO 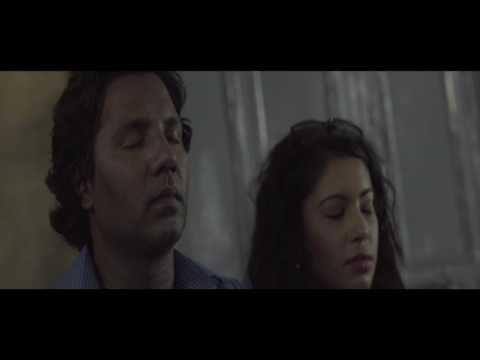